Bloomberg Technology recently posted the below article and I thought it worth sharing for a few reasons, as it sheds light on some great points, but also misses the boat on a big one.

Here’s my take/summary, and of course, please I’d love to hear yours!

But, having read the article and your experience, curious to hear your opinion, and/or questions/ comments! 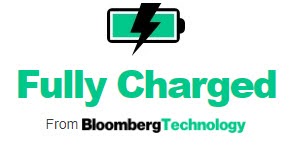 Hi folks, it’s Shelly Banjo in Hong Kong. By now, you probably know that social media posts can mean big business, and that your suspiciously well-coiffed Instagram follows were likely paid to show off the pants, watches, and vodka that appear in their latest photos. This lightly regulated market has only grown wilder in the years since my colleague Max briefly transformed himself into a so-called influencer.

For social media companies and the advertising and marketing firms that rely on them, this system seems like a great deal. Grassroots stars appear far more authentic than a glitzy traditional campaign, even when it’s clear they’re not, and they usually cost way less, too. But the old guard should be more worried about just how much power influencers wield, because if their fans will buy whatever they recommend, who needs a well-known label?

That’s what China’s Ruhnn is betting on, at least. The Alibaba-backed company’s recent IPO filing offers the best look yet at how online celebrities are changing the way people shop.

Part marketing agency, part online retailer, Ruhnn manages accounts and brokers ad deals for about 100 influencers in China with 148 million fans. But the company also helps design and manufacture products for its stable to promote—products it sells online and in its 91 retail stores. Ruhnn’s influencers helped sell roughly $300 million worth of goods online in 2018. They no longer need to endorse corporate brands. They are the brands.

“Ruhnn is a teeny taste of the hammer that’s coming down,” says Elijah Whaley, the chief sales and marketing officer of Chinese influencer marketing platform Parklu. He’s also partnered with online beauty sensation Melilim Fu. “Brands can’t buy the same kind of attention or trust these influencers command.” This kind of soft advertising will sell $26 billion worth of goods in China by 2022, up from $4 billion in 2017, market researcher Frost & Sullivan estimated in Ruhnn’s IPO filing.

Among the advantages influencers can bring to their chosen markets is real-time customer feedback. Ruhnn’s most popular client, Zhang Dayi, can livestream brainstorming sessions with clothing manufacturers and immediately get an idea of which styles seem likely to sell. Last year, one of Zhang’s online stores ranked 10th in the women’s apparel sector in terms of total goods sold on Alibaba’s Taobao platform during its popular shopping holiday, Singles Day.

Ruhnn’s stock has been less impressive, sinking 43 percent since its IPO last week. Investors are worried about the company’s financial losses ($13 million last year) and its reliance on a handful of stars. But whether or not Ruhnn perfects the formula, the underlying fact remains: Many social media celebrities are now more than just spokespeople. Some know their advertisers’ markets better than the advertisers themselves, and may be running low on reasons not to cut them out altogether.